10 Types Player in League of Legends

In your journeys through the many, many, many diverse groups of people who play League of Legends

Stereotypes aren’t always good, but that doesn’t mean they aren’t always there. In your journeys through the many, many, many diverse groups of people who play League of Legends, you might start to notice some games having that same feel. It’s not a completely describable feeling, more of an ephemeral notion that you’ve been here before, with these same nine other players.

Given the sheer number of players of Riot’s hit MOBA (67m a month at last count) it would be a great coincidence if you actually were in the exact same stack twice. But you may run into the same archetypes time and time again. Through an extremely rigorous scientific process, we’ve narrowed down the 10 possible pigeon holes LoL players fit in. And remember, if there are nine others accounted for, then you’re the 10th.

Uncommon, but incredibly appreciated, is the appearance of the Silent Knight. While many might be content to make their impact on the game felt via a few extra pings, BM in all chat or even shouting if you happen to be on VoIP, the Knight says nothing. That’s not to say you don’t notice their contributions, as our silent protector wards and rotates around being just where they need to be. Almost as if listening is a superpower.

It’s amazing that some LoL players find the time to play the game in between lines of the high-concept novel they’re authoring in chat. Granted, all the chapters appear to be the same five permutations of “you are bad and you should feel bad” but half the battle of SoloQ is in the mind of the opponent, and the Warrior knows this. If on your team: a powerful though annoying ally, if on the opponent’s: wait until the next line is due before ganking.

This guy is playing dubstep and/or thrash metal so loud you can hear it through his plays. Even if you’re not on VoIP and subjected to the constant bumping glitches through his mic, it’ll come through as often directionless anger at most small infractions ranging from “stealing” CS that they happened to miss, to not dying to save their life. That last one goes even if they’re the support and you’re an ADC. More often than not, especially if they’re the support.

Don’t worry, this one knows all the moves. Sure, they only have 40 hours on their account but trust us, they’ve seen it all. Most likely to be found in the chat of whichever pro player is streaming at any one time, the PTV will always know exactly what you should have done 30 seconds after it happened using their unique Ultimate of hindsight. High-level strategies such as the early lane swap are no stranger to this player, though they’ve never actually successfully pulled any of them off themselves. They’ll almost always rush Executioner’s Calling though.

We don’t know how or why this individual was given the gift of future-sight, or why it only triggers for events in the future that will negatively affect them, but we thank them for it. The clairvoyant will let you know, before the game has even begun in some extreme cases, the skill level mismatch of one or more team members and that the game has already been decided by the fates. It’s never good news, but at least you know early.

The Diamond In The Rough

This title is honorary and, as such, applies to all ranks other than Diamond too. This player finds themselves far below the bracket they deserve to be in. You’ll know because they’ll constantly inform you of their predicament, that no one else is suffering from at all. Pay close attention to them as you may learn something from this anomaly, and do your best to set them on the road back to where they belong: the bin.

It’s no secret that eSports aptitude skews young. Older folks just don’t have the dexterity, or reaction times, or capacity to deal sick burns that the youth of today possess. You’re almost guaranteed to be no more than two matches away from a child in League, if you’re not of age yourself. They’ll likely be better than you, but only at the mechanically difficult parts of the game. You’ll still hold your own at things like worrying about whether the game will take too long and you won’t have enough time to go to the shops for lightbulbs.

The importance of an in-game shotcaller can’t be overstated. Knowing when to trade away that first turret and go for Rift Herald or Dragon is a tough decision to make, but not for the spawn of history’s greatest military leader. This born captain will make sure every facet of your team is operating at maximum efficiency by never stopping giving orders, just like true high command. We’re not here to debate whether or not those orders actually help, we’re just rank and file soldiers following them no questions asked, but someone has to make them.

We were all this player once, and to varying degrees we all still are. You’ll find them more often than not on the wrong side of the river, so be prepared with a few well-placed pings. There’s a good chance they’re partnered up with the rest of your team if they’re being matchmade with you, so at least they’re not entirely your problem, eh? 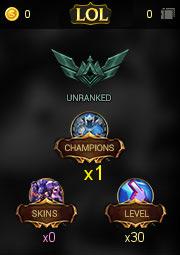 ELO is just a number, and true innovation lies beyond numbers. The geniuses of our time didn’t get where they are today (the history books) by following guides. That’s why, occasionally, you’ll encounter a mind who bucks the trend. If you see a player building Infinity Edge on Anivia, or a Renekton with five Archangel’s Staffs, treat them with the respect they deserve. You are witnessing the birth of creativity itself.

Become a better player by reading champion guides on websites: https://lol.igvault.com/League-of-Legends-Accounts You can buy LoL Account or find guides on the sites for any champion you would like to play, as well as other guides for general tips and information about the game, masteries, and rune pages.

Outsourced Sales Solutions: Supporting You Concentration On Your Business